Under the direction of Jenny Schlenzka, the company will move into its newly renovated space in time for the 13th Coil Festival.

Performance Space 122 is set to return to its newly renovated East Village home in 2018 after nearly six years of partnering with sites across New York City in the reconstruction of 122 Community Center. The new PS122 site will be inaugurated with the 13th Coil Festival in January.

The building will also house The Alliance for Positive Change, Mabou Mines, Painting Space 122 and a fifth tenant to be announced. A formal grand opening event for the entire building is planned for the winter.

Earlier this year, PS122 welcomed Jenny Schlenzka as its next Executive Artistic Director. Under his direction, the company will inaugurate the new space with the 13th Coil Festival from January 10 to February 4, 2018. The annual showcase of experimental works will feature new pieces by Heather Kravas, David Thomson, Dean Moss, Dane Terry, Angela Goh, and Atlanta Eke.

After Coil, PS122 will present the first of what will be a semi-annual themed series focusing on the East Village, including the institution’s own history. The East Village series will launch in February with a tribute to postmodern novelist Kathy Acker, and will include an exhibition co-curated by Bjarne Melgaard and a marathon reading, led by Sarah Schulman, of Blood and guts in high school.

The series, Schlenzka’s first curated lineup, will run through June.

“What I saw as my job as a curator and now as a director of an institution is to create spaces for new things to happen, things that are here and now,” explains Schlenzka.

PS122 was founded in 1979 in the disused 122 New York Public School building. The institution has provided an artistic platform for a number of performance artists, including Eric Bogosian, Karen Finley, and John Leguizamo, among many others.

DO YOU LOVE THEATER? CHECK THE PLAYBILL STORE FOR MERCHANDISE! 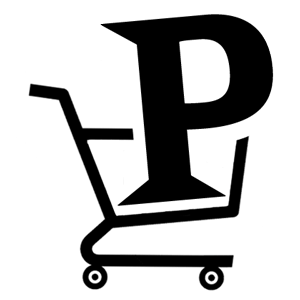 Click here to shop for theater
Merchandise in the Playbill Store