CFAC drummers, including Joshua Williams (left), at the 2021 College of Arts and Sciences departmental fair.

Habibatou Traore ’24 was in her first few weeks at Syracuse University when she heard African drumming at a new student activity fair last fall. She followed their sound to Joshua Williams, who teaches West African dance and drumming at the University’s Community Folk Art Center (CFAC). At Williams’ suggestion, the sociology major visited CFAC and is now working there as a co-op student. “The constant celebration of black excellence, whether it showcases the visual arts or the performing arts, is inspiring,” she says.

CFAC, a unit of the Department of African American Studies (AAS) within the College of Arts and Sciences, is an arts and cultural organization dedicated to the promotion and development of artists from the African Diaspora and other sub-cultural groups. represented.

Throughout 2022, CFAC celebrated its 50th anniversary, culminating with an Art Luncheon and Auction on October 22 and a performance by Ailey II–Alvin Ailey American Dance Theater at the Landmark Theater on October 26. 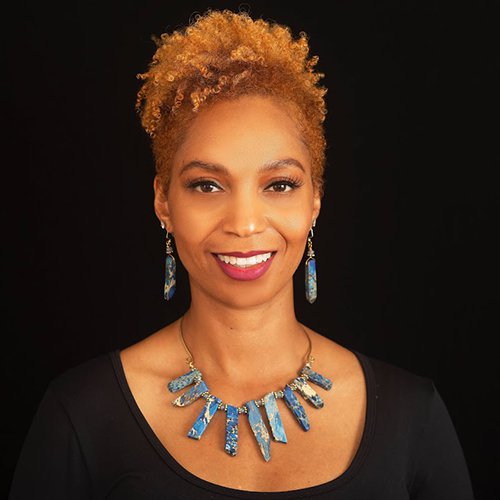 “For 50 years, CFAC has helped share, preserve, and perpetuate the stories and narratives of the African Diaspora through the arts,” says Tanisha M. Jackson, Ph.D., Executive Director and Professor of African American Studies . “We are proud of the community we serve, the framework we provide for dialogue and interaction, and the incredible programs and artists we support.”

In 1972, Syracuse University was actively diversifying its faculty and programs when Herbert T. Williams, a sculptor and art historian, was hired with a dual appointment between the College of Visual Arts School of Fine Arts and entertainment and the young African-American. study programme.

Williams was asked by program director Harry Morgan to create an institution or facility that would engage members of the local black community in cultural and visual arts events. That fall, Williams launched a class called Art of the Black World. The students enrolled in this inaugural semester have been involved in the creation of the entity, alongside interested members of the local community. 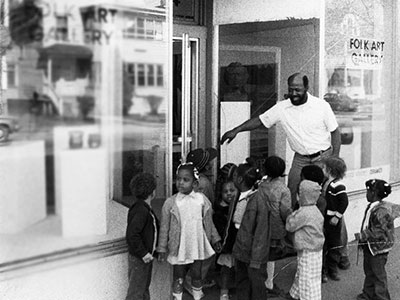 The development of the gallery was a grassroots effort. One of the first people involved with Williams was ceramicist David MacDonald, who had joined the faculty of the College of Visual and Performing Arts in 1971. “As the only African-American faculty member at the art school, he naturally gravitated toward me,” MacDonald recalled. , who was a CFAC board member for 35 years, on and off, over the years. “Our mission was to provide the community with access to campus resources and the campus to gain some knowledge of the kinds of cultural things that were happening in the black community.” 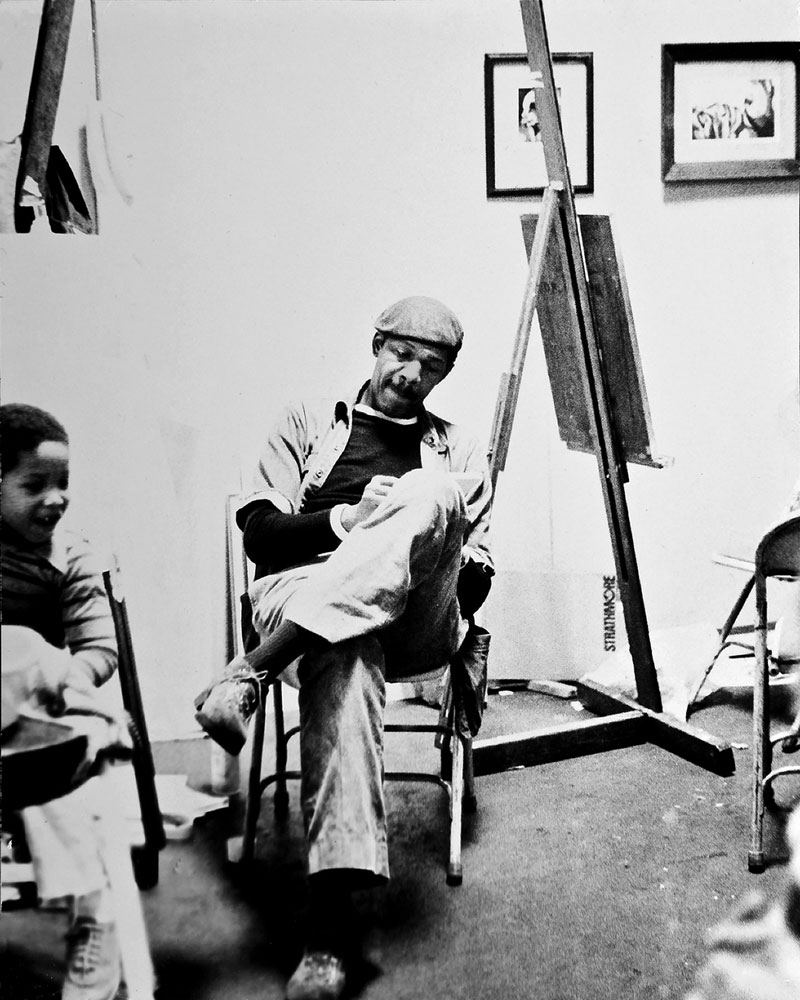 Jack White, one of the artists who helped start the CFAC gallery. (Image courtesy of CFAC)

Others integral to the gallery’s early days included nationally acclaimed local artist Jack White, who later taught as an adjunct in Syracuse; Basheer Q. Alim ’74 undergraduate ceramics major; and graduate students George Campbell PhD ’77, H’03, a physicist who later served as president of the Cooper Union for the Advancement of Science and Art from 2000 to 2011; and Mary Schmidt Campbell G’73, G’80, PhD’82, President of Spelman College from 2015 to June 2022.

Williams students received partial credit for working on gallery programs, acting as guest curators, helping organize and put on shows, hosting a Friday night movie series, and leading art workshops for residents. locals, ranging from preschoolers to the elderly. One of its longest-running community programs is an annual spring art competition for local high school students held in conjunction with The Links, a philanthropic organization for black professional women.

“It’s a shared effort,” Williams said in 1977. “Without the League’s involvement, the gallery could not exist. But the community helps set the programs, policies and benefits directly. »

The gallery moved three times as it outgrew the space, expanding its lineup each time. 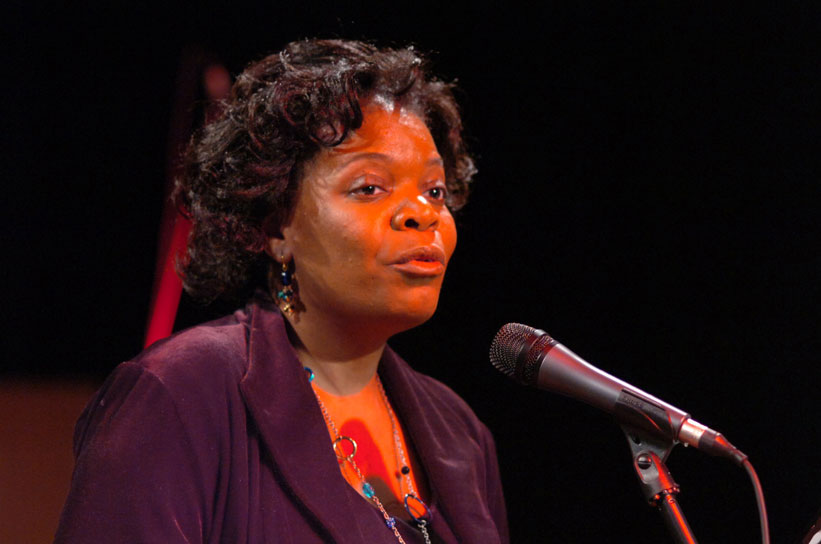 Williams died in 1999. Carol Charles ’84, who had been associate director under Williams, became general manager. Kheli Willets ’92, G’94, Ph.D.’02, joined CFAC as Academic Director in 2002 and was named Executive Director after Charles left in 2008. Both women had been involved with CFAC as SU undergraduates. Charles took Art in the Black World as an undergraduate and later used CFAC facilities as a dancer and with the Paul Robeson Performing Arts Company. Willets was a metalworking major who became a co-op student at the gallery, an experience that exposed her to the possibility of teaching at college and working at a museum focused on black art. Her work at the CFAC inspired her to pursue a Masters in Museum Studies, a PhD in Art Education, and a career grounded in the art and culture of the African Diaspora.

Then known as the Community Folk Art Center, it moved to its current location across from Syracuse Stage in 2006, part of the University’s Connective Corridor initiative and the Coalition of Museums and Art Centers ( CMAC) of the University.

Renovated specifically to serve as an arts space, the new facility includes two galleries, one named after Williams, a dance studio, a theater (which originally housed the Paul Robeson Performing Arts Company), the studio of David MacDonald ceramics and classrooms for up to 50 students for its after-school and summer arts academies.

Jackson took over from Willets in 2019, continuing to expand the arts education center with a robust public program including exhibitions, film screenings, gallery talks, workshops, and studio and performing arts classes. stage, as well as after-school and summer art programs offered free of charge to local students. . 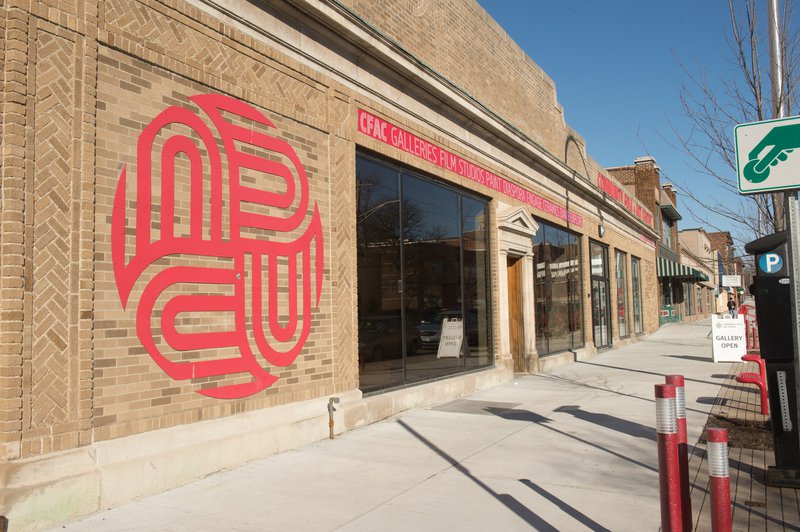 She sees CFAC’s role as going beyond the promotion of the arts. “CFAC, in a very organic and authentic way, demonstrates Syracuse University’s diversity, equity, and inclusion initiatives,” she says. “We do that in practice and we do that in who we are and how we engage with these themes through exhibitions and programs.”

Kishi Ducre, associate dean of diversity, equity, and inclusion at the College of Arts and Sciences and associate professor of African American studies, says CFAC provides students with a unique vehicle to integrate expression. artistic in their purse. “A graduate student whose research focused on farmers in Tanzania ended up writing a solo show and performing it in theater as part of her thesis,” says Ducre, who served on CFAC’s board of directors during her tenure as chairman of the department. African American studies.

This is a perfect fit for Kailey Smith, who is a graduate assistant at CFAC as a master’s student in AAS’ Pan-African Studies master’s program. While her thesis focuses on museums and the restitution of stolen African artifacts, her work at the CFAC offers a practical perspective to this research. “The CFAC has enhanced my studies by allowing me to see what goes on behind the scenes in a museum or gallery,” she says. “Those who organize these spaces have to make decisions about what is displayed and when.”

MacDonald, who retired as a professor of ceramics in 2008, credits CFAC’s longevity in part to the health of the AAS Department. “When we started, the African American studies program was new and somewhat experimental,” he says. “At many colleges and universities, coursework from these early programs was eventually absorbed into other academic disciplines, but at Syracuse the program became a department in its own right. I think that played a big part in supporting CFAC, which provided the instrument to have conversations and hear voices that you wouldn’t normally hear at an average academic institution.

To learn more about CFAC’s rich history, visit the historic exhibit on display through December 10 which includes news articles and archival photos that shed light on the organization’s early years and a retrospective of the work CFAC co-founders.