Almost 20 years in the making, a new black box theater essential to the future of the two resident companies at the Latino Cultural Center is set to open with a festival next week.

The flexible performance space can accommodate up to 140 people but will be used for even more intimate productions from the Cara Mía Theater and Teatro Dallas. The space will be inaugurated with the one-woman show Your healing is killing me as part of Cara Mía’s annual “Latinidades” festival with an audience of 48 seated at tables, according to executive artistic director David Lozano.

“The black box opens up opportunities for us for the next 25 years,” Lozano said in an interview with New Theater. “It creates an immersive environment for the audience to be seated in the performance space.”

The type of theater companies do is often experimental and requires a more comfortable setting than the Latino Cultural Center’s 296-seat proscenium-style hall, which Cara Mía and Teatro Dallas have used since the center opened in 2003.

That same year, city bonds were issued to begin raising funds for “Phase II”. With funds from a 2006 bond issue, the civic center received $4.5 million to build the black box and its infrastructure. Cara Mía and Teatro Dallas, who secured 25-year residencies at the center in 2019, are in the process of raising an additional $500,000 to complete the project.

“Teatro Dallas has a history of making experimental works,” said executive artistic director Sara Cardona. “A lot of Latin American theater and theater of the absurd grew out of the need to break the theater from the proscenium-style staging that prevents audiences from engaging in the same way.”

The new space also makes it possible to schedule several shows at the same time, as Cara Mía does with “Latinidades”.

The festival begins Wednesday night with Jeffrey Colangelo’s Fuego Nuevo in the main square of the Latino Cultural Center, with masked artists, puppets, live music and dancing by the group Mitotiliztli Yaoyollohtli.

There will also be an exhibition and sale of Mexican masks from the state of Chiapas in the lobby; a short film about Cara Mía at the Dairy Oak Farms Performance Hall; a demonstration of the capabilities of the black box; and live cumbia music by Papi Chulo in the courtyard of the new theatre.

Then Thursday, the artistic and political manifesto of Virginia Grise Your healing is killing me will officially launch the black box. With Austin-based Florinda Bryant, Healing until October 10. The same evening, another solo show, that of Frida Espinosa Müller Ursulabroadcast live on KERA-TV (channel 13) and streamed online.

The last element of “Latinidades” is a workshop demonstration of a new piece, Origins/Originsin association with the Laboratorio de la Máscara de Mexico, written and directed by Alicia Martínez Álvarez and performed by Lozano, Müller and Maya Malan Gonzalez on October 7.

Meanwhile, Teatro Dallas makes its new theater debut with The merit system, written by Edwin Sanchez and directed by Claudia Acosta. It runs from October 29 to November 29. 13.

“A comedic exploration of class and the cost of assimilation within the Nuyorican community,” the company explains on its website, “this delightful period piece is set in the late ’70s and centers on a young man who climbs the social ladder and an unlikely friendship that founds him and brings him back to his roots. 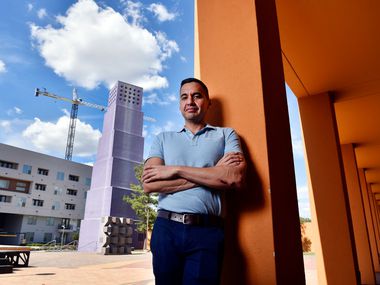 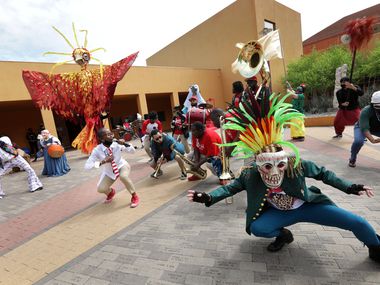